⟵ Back to People 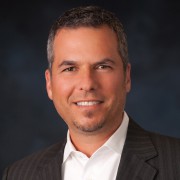 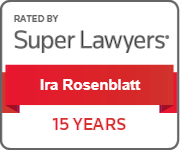 Ira Rosenblatt, Founder + Managing Partner, represents businesses, high-net worth individuals, and entrepreneurs. He advises clients on matters involving business formation, operations, growth, advisory matters (think outside general counsel), and strategy. Mr. Rosenblatt serves as de facto outside general counsel to small and mid-market private companies, has assembled and sat on Advisory Board of Directors in a further effort to support and facilitate his clients’ strategic goals in a host of industries, and offers a suite of strategic consulting services.

Mr. Rosenblatt has been named a “Southern California Super Lawyer” and recognized as “one of the top” lawyers in Southern California by his peers in Los Angeles Magazine, Law & Politics Media, Inc., and Super Lawyer publications every year since 2004, the first year the publications began to recognize California lawyers for such honors. He has also earned the highest rating (“AV”) for legal ability and ethics by Martindale-Hubbell and is listed in Martindale- Hubbell’s Bar Register of Preeminent Lawyers and recognized and named as one of “The Top 25 Lawyers of the Valley” by the San Fernando Valley Business Journal.

Mr. Rosenblatt is a business lawyer, business owner, and counselor in the truest sense of the word.  He routinely finds practical, creative, or “real world” solutions to the challenges facing his clients. Due to his even-temperament and high ethical standards, Mr. Rosenblatt is also called on to mediate business disputes by and between shareholders, partners, and family owned businesses.

Although Mr. Rosenblatt currently leaves active litigation to his partners, he has significant litigation experience, having successfully litigated state and federal cases (including bench and jury trials) in Northern, Central, and Southern California, as well as in Arizona, argued before appellate courts in Los Angeles and Ventura Counties, and represented employers before the California Labor Commission. Despite, or perhaps because of, his litigation successes, Mr. Rosenblatt is acutely sensitive to the financial and often emotional burdens litigation clients face. As a result, he continually seeks creative and cost-saving opportunities designed to achieve his clients’ defined objectives with the least financial and emotional expense.

Mr. Rosenblatt has authored articles or been quoted, depicted, mentioned, or featured in a variety of business, legal, and entertainment publications, including the following:

MEMBERSHIPS AND ACTIVITIES (current and past):

Mr. Rosenblatt is a Los Angeles native who grew up in the San Fernando Valley. An avid sports enthusiast, he enjoys hiking, basketball, mountain biking, competitive tennis, UCLA and University of Michigan basketball and football, and Dodger games. He also enjoys sharing good music, food, company, and conversation with friends. Mr. Rosenblatt makes his home in Westlake Village with his wife, two daughters, and dogs.